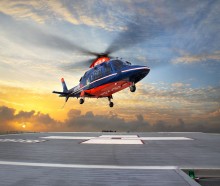 The ShandsCair Flight program began in December of 1981 to provide pre-hospital emergency care, interfacility medical care for patients being transferred into or out of the academic medical center for the University of Florida Health Care System at Shands Hospital, and to provide neonatal critical care transport into or out of the University of Florida Health Care System.  Currently the flight program  is divided between the neonatal team and the adult pediatric team, each with its own medical director.  The adult pediatric team consists of  nurse/paramedic teams for 3 rotor wing bases, each with an EC-135 aircraft.  In addition, the same teams can provide transport via fixed wing jet aircraft (including limited international transport) or via ground ambulance.  Specialty transport expertise is provided for balloon pump and LVAD patients for the adult pediatric team and hypothermia transports for the neonatal program.

In March of 2014, one of the EC-135 aircraft will be replaced with a new EC-155, currently under completion.  The EC-155 is a much larger aircraft with the capabilities of increased speed, extended range (example route: Gainesville to the Florida Keys), a larger crew (up to 4 medical crew) and two patients.  The expanded capabilities of the aircraft will also allow the expanded mission to be able to transport patients requiring extracorporeal membrane oxygenation, also slated to begin in March of 2014.